Conservatives and Liberals – The Difference Today 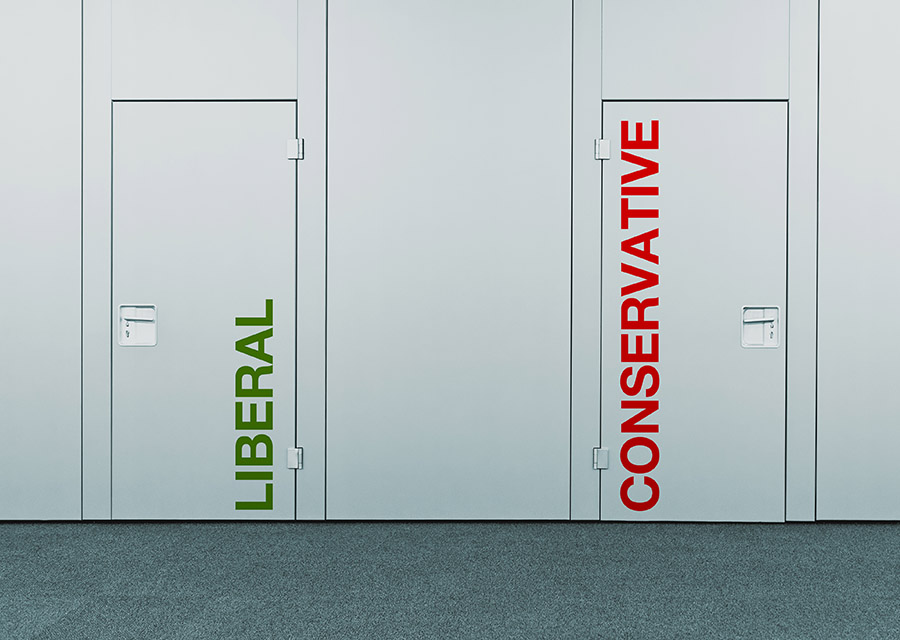 Today you have a very basic simplicity in the difference between conservatives and liberals.

Conservatism as it currently exists in America is based on a very Anglo-Saxon way of thinking, which is looking at a political or public theory or policy or program and judging it by its results. Did it have a good result or a bad result?

The liberal or socialist or communist way of thinking today is based largely on a Germanic way of thinking, which is to overly complicate things and be theoretical and divorced from any kind of results orientation. It was created after all by Karl Marx who had zero practical experience in anything related to economics. He never worked at a job his entire life, but was supported his entire life by his mother and then by a friend after she died.

So you look at liberals/socialists/communists today and they want to implement socialism/communism. Why? Do they ever explain why really? It’s always because it is supposed to be more fair or more just or something. But they never really give any concrete evidence about how it’s better than capitalism and a free market system. And even a cursory look at every single instance on planet earth of the implementation of socialism/communism shows that it doesn’t work in practice. It is disastrous in fact.

We could talk a lot about how or why socialism/communism never works in practice, but for simplicity’s sake I’ll just state that it doesn’t work because in the field of public or political policies and programs, incentives work and they matter. And capitalism and free markets provide incentive for the individual to be productive and innovative, and socialism/communism removes that incentive. And when people stop being productive and innovative, the society crashes.

So conservatives, by their nature focused on results, see that America has become the most productive and prosperous nation in the history of the world. It is in its best aspects, a meritocracy, meaning it validates and rewards production and innovation.

So conservatives want to conserve America as a system that rewards production and innovation. They want to conserve it because it has led to such widespread prosperity and offered the opportunity for anyone to work hard and produce things that are valuable to others, and thus get ahead. They value the system that America’s founders created, including the Constitution and other founding documents. And they resent or fight against efforts to tear that down or dramatically change it, such as representative Ilhan Omar’s recent calls for dismantling America’s systems of oppression.

So what do liberals/socialists/communists want? I think they fall into several categories:

Those in category #1 have been mis-educated over decades, especially the last 50-60 years, that America is a bad place, western civilization and the patriarchy have oppressed people forever, white privilege, etc., etc., etc. Pure Marxism didn’t work in America because of the widespread economic prosperity, so they had to switch to “cultural Marxism” (also called “critical theory”) which is based on the idea of creating resentment amongst various groups and telling them they have been oppressed. Incidentally, another German invention, coming from the Frankfurt School.

Category #2 people, over the last 40 years, have taken over the Democratic Party, all colleges and universities, even K-12 education, all the mainstream media, Hollywood, and now amazingly, all the big tech companies like Facebook, Google, and so on.

Since these people in category #2 basically want to completely control your life, they can’t exactly say that to you or publicize their real intentions. It has become necessary for them to lie to you. It has also become necessary for them to mount terrible personal attacks on anyone who won’t agree with them. Witness what they have done to Donald Trump over the last four years, and what they did to Brett Kavanaugh last year. A recent analysis showed that the mainstream media’s coverage of Donald Trump has been 94% negative. Lying and personal attacks are necessary because that’s all they’ve got.

We are seeing two huge lies being foisted upon the US population right now by the category #2’s.

One is that the COVID-19 virus is so far worse than any other virus we’ve seen in our lifetimes that it is necessary to shut down the economy, put out of work and bankrupt millions of Americans, and ruin thousands of businesses that will have to close forever. Here in California we still have to wear masks outside, can’t get a haircut, and just recently we can only go to restaurants if they set up tables outside under tents.

All restrictions have just been listed by the Republican governor of Florida, but it’s no coincidence that in California, Oregon, Washington and other states with Democrat governors, restrictions are still in place seven months in, with no signs of being lifted.

I keep seeing news items several times a week for the last month of instances where it is now coming out that COVID cases in this place or that were overcounted. Funny that. Never cases where they were undercounted.

When this all blows over, and it will, I believe we will find that the entire COVID situation was blown out of proportion and this COVID-19 is no worse than any other virus we have seen.

So basically, we were lied to about COVID, for 1) to harm Donald Trump in the coming election, and 2) as a monumental power grab by the category #2’s. And by now, believe me, they are completely drunk on that power.

The second huge lie is the whole narrative that cops are unfairly targeting black people, and that there is an epidemic of black people being shot by white cops.

This false narrative has led to two months worth of riots around the country, innocent lives being lost, and billions in damages. And this narrative has been shoved down our throats by the media, by Democratic governors and mayors who have been sympathetic to the rioters and told their police to stand down, and lately by all the pro sports teams who have posted the Black Lives Matter name and message all over their fields, uniforms and helmets.

And the public, by and large is rejecting the BLM narrative in the sports arena, as viewership ratings are way down for all the pro sports that are shoving this down our throats. And it’s not just because people “don’t want to hear about politics” when they are watching sports. It’s because the narrative itself is false and people by this time are tired of being lectured to by millionaire athletes.

I think the correct and proper upshot of all this is: